The Market is Going Through a Long Overdue Correction

February 6, 2018 — The recent gyrations in equity markets are generating lots of headlines and questions, and for good reason. Sharp market movements are always noteworthy, and when they are to the downside they can be scary. The 1,175 point decline in the Dow Jones Industrial Average (Dow) on Monday, February 5, was reported as the largest single-day drop for the index in history. But in percentage terms, it was by no means the biggest downward move. For this reason, and many more important ones, we believe equity markets are currently undergoing a “correction,” which happens somewhat frequently and do not always turn into “bear markets.” Our current assessment is that this correction was long overdue and that we will not enter a bear market unless there is a material deterioration in the U.S. and world economies, something we don’t expect.

We believe markets are currently going through a correction and could see further declines, we do not expect it to worsen to a bear market. The following observations contribute to this assessment:

The ongoing equity market correction has been unnerving both because of the magnitude, but also because it has been quite some time since we experienced such volatility. Equity market corrections are nearly impossible to predict, and we don’t recommend attempting to trade around them. We believe it is more prudent to maintain portfolios in such an environment. As long-term investors with an economics-led investment process, we look for turning points in the economy and to avoid recession-led bear markets. Our assessment of the current market movements is that it’s a correction. We believe the economy remains in an expansion.

Corrections in the 5%–10% range are the norm, and do not necessarily portend low returns 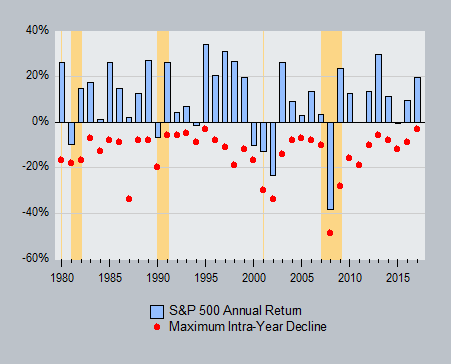 The current spike in volatility is the worst since the crisis, and likely the result of many factors including overcrowding in the short volatility trade and algorithmic trading 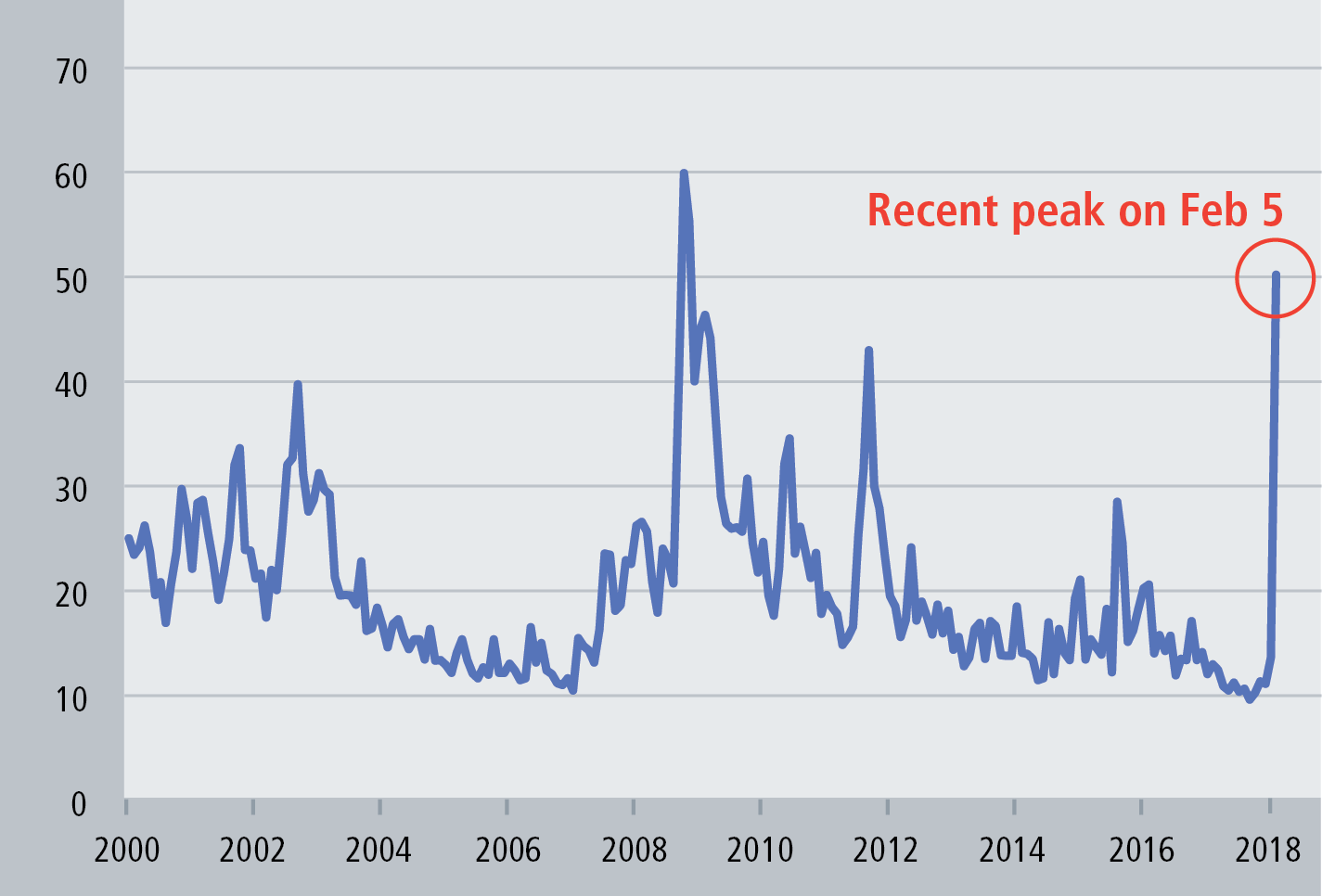