The New Proposed China Tariffs Are a Big Deal

July 13, 2018— On July 10, the Trump administration announced a new round of potential tariffs on $200 billion worth of goods imported from China—on the heels of the first round of tariffs which went into effect on July 6. As my colleague, Senior Investment Strategist Meghan Shue, wrote last month in ”U.S.-China Trade Tensions Heating Up”, we don’t think that first round will have a material impact on economic growth and inflation. But this new round is much larger and targets different goods. If implemented, they are much more likely to hurt economic growth and push up on consumer inflation. Such a hit to growth, combined with the high likelihood of retaliation from China, could have serious deleterious impacts on markets.

Round 2 is quite different from Round 1

The first round of tariffs of 25% on $50 billion worth of goods imported into the U.S. partially went into effect on July 6 as they were applied to $34 billion while the other $16 billion are under review but are expected to be implemented soon. As Meghan wrote last month, the Round 1 tariffs are not likely to significantly hamper growth or boost inflation. First, the combined size of just $50 billion is relatively small, but also because those tariffs were (carefully) placed almost entirely on “intermediate” goods such as boilers, turbines, industrial furnaces, polymers, resins, and chemicals).Those tariffs will drive up the import costs for U.S. firms who would then face decisions on whether, and to what degree, to pass the costs onto their customers. The Chinese government responded in kind with tariffs on $34 billion of U.S. goods and stand ready with tariffs on another $16 billion should that next bit from the U.S. get implemented.

The proposed Round 2 tariffs are quite different in that they would be assessed on $200 billion worth of imported Chinese goods, at a lower rate of 10%, but on a much wider swath of goods and importantly, on many final consumer goods. The proposed list includes more than 6,000 items, including canned foods, produce, tobacco, printer ink, household cleaning products, personal hygiene products, pesticides, wool, silk, textiles, clothing, handbags, suitcases, sporting goods, auto parts, tires, televisions, electronics, and so on. It also includes more intermediate goods than those in Round 1, with building materials as notable additions. One way of visualizing the impact to you as a consumer: Every big box store item with a label that says “Made in China” will probably soon cost more. 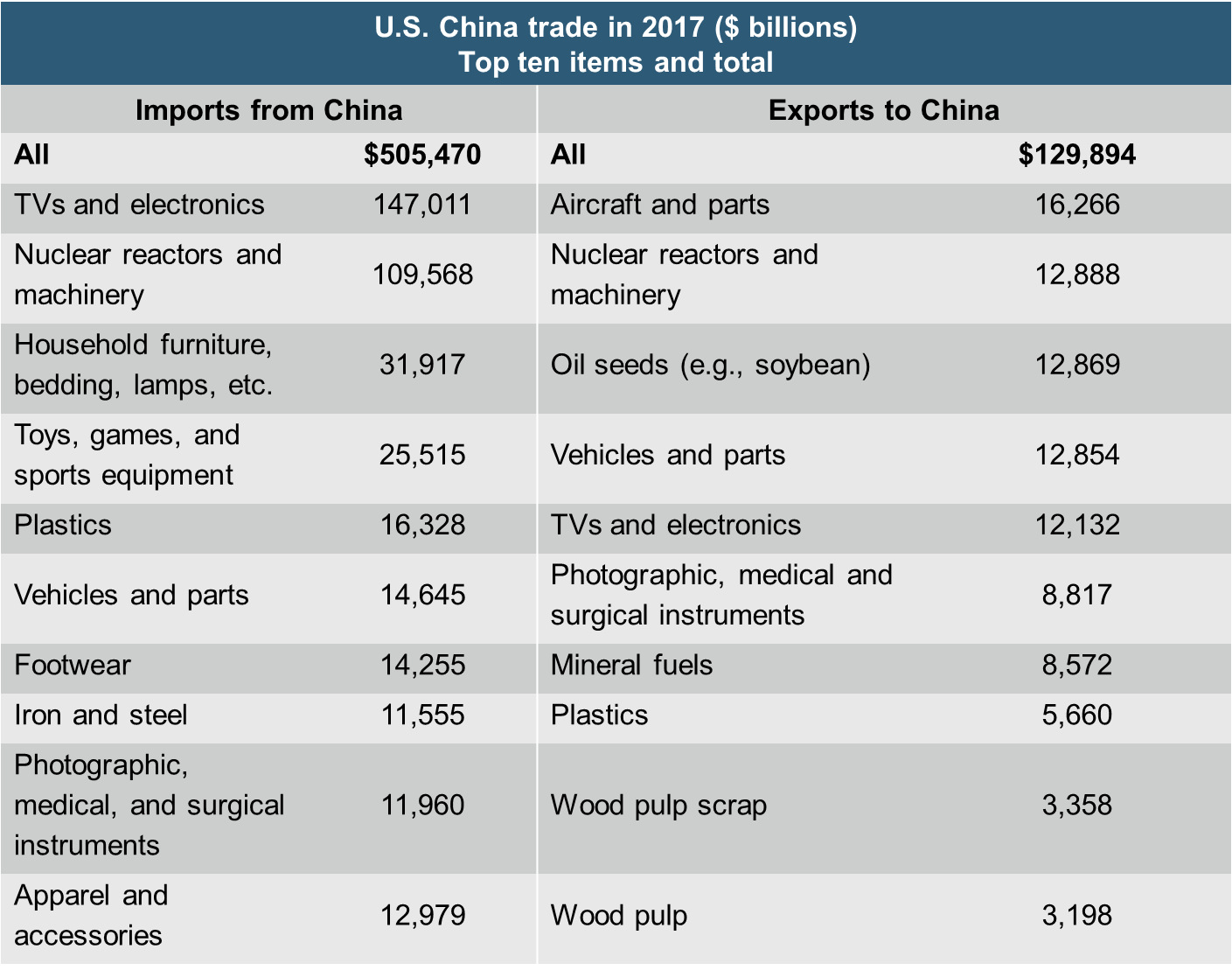 Of course no one knows exactly what will happen next. It’s clear that the leadership of both countries do not want an ever-escalating trade war. But as any game theorist can tell you, there are plenty of decision trees that can lead to a sub-optimal result where both players could be worse off.

There have been no publicly known conversations between the two countries since early June, when earlier negotiations ended came to a standstill. But there are reasons to be optimistic. On Thursday (July 12), China’s Vice Minister of Commerce indicated the Chinese are willing to talk about the issue. The Chinese government does not face the same kind of voter repercussions as the U.S. (with the impending midterm elections), but the recent decline of its equity market to bear territory surely has its leaders’ attention. On the U.S. side, President Trump is facing pressure from his own party, as the Senate voted 88-11 to rebuke him over his trade policy. The vote is purely symbolic at this point, but does reflect the views of American voters, who prefer negotiating trade agreements to the imposition of tariffs.

Importantly, there is blowback from politically important constituencies in the U.S. The largest business lobby has mounted a campaign arguing against the use of tariffs complete with a page on its website for users to see the impacts on their states and a handy form to write their congressional representatives. Soybean farmers are some of the earliest casualties of these actions, as one-third of their collective harvest was exported to China in 2017. The product is the third-largest export item from the U.S. totaling $13 billion last year, but now faces a 25% retaliatory tariff, while China removed the tariff on soybeans from five other Asian countries. In the U.S., soybean prices have fallen more than 20% since the trade actions started and are now at their lowest in a decade. Crucially, American soybeans are principally grown in politically important Midwestern states, which may explain why President Trump tweeted on the subject even though he was in Brussels for a NATO meeting at the time.

We are not political prognosticators, but we do recognize the mutually destructive nature of an escalating trade war and place a higher probability on some kind of resolution than on an endless march forward with more tariff actions.

The first round of U.S. and Chinese tariffs was relatively small, and for the economy, inconsequential. This next proposed round, and any retaliation from China, is much larger and hits U.S. consumer goods in a way that would be more damaging to the economy and put more upward pressure on inflation. We believe that an ever-escalating trade war would be damaging to the economy, and at some point would likely take its toll on stock markets. But we also recognize that the endgame is more likely to be a negotiated solution that does not include massive tariffs. Should that change we would be forced to reevaluate our economic and market outlooks accordingly.